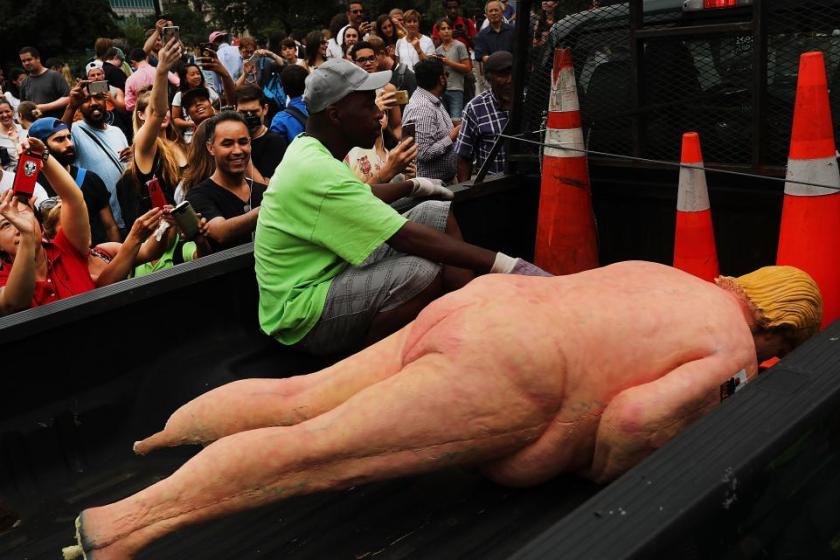 Last Tuesday’s election results make Donald J. Trump the President-elect of the United States of America.  This is an unwelcome surprise.  During his campaign and in the week following his election, Trump has been transparent about his unwillingness to abide by the norms that have allowed our nation to survive and thrive for more than two hundred years.  He ran on a platform of white nationalism and resentment of the cosmopolitan, inclusive, and truth-seeking outlook that the Waltham Review considers to be at the heart of our nation’s success.

In using the potentially loaded term “cosmopolitian” in this post, what I mean is a worldview founded on universal, equal, and non-negotiable human dignity.  Although cosmopolitanism and patriotism have at times been used as antonyms, it is the Waltham Review’s position that defending human dignity is patriotic.

Other nations have traveled down paths similar to the path that America now seems to be traveling.  Sometimes – though not inevitably – these paths end in epoch-shaping tragedy.   In other cases the more extreme varieties of tragedy can be avoided.  We can avoid tragedy, but it will require good and thoughtful people to come together, organize, and resist.

Here is my take on our current situation:

This post is meant to serve as a complement to, rather than a substitute for, other useful notes that are now circulating on the internet.  Please see also: